Inside the KIPP School Summit


SCOTTSDALE, Ariz. -- The first thing I noticed about the KIPP School Summit, the annual meeting of the country's most intriguing public school network, was the food. It was cheap, simple and abundant -- potato chips, popcorn, corn chips, juice bars, hamburgers and fajitas available outside the many meeting rooms last week. This was fuel for teachers half my age, about 1,200 of them, nearly all in their 20s and early 30s.

The second thing I noticed were the principals. Each time I met a school leader, as they are called at KIPP, my generational surprise alarm sounded. Forgive me, but my 62-year-old brain still thinks of principals as men in the middle to later years of their lives. About half of the KIPP school leaders were women. Nearly all of them were, like the teachers, also in their 20s or early 30s, and much more representative of inner-city ethnicities than any other school organization I have seen.

KIPP is short for Knowledge Is Power Program. Each school is an independent public school, typically a charter or contract school that does not have to follow the usual rules in its district. Most are fifth-through-eighth grade middle schools, but some KIPP high schools and elementary schools have been established. The schools are small, usually about 300 students. The school leaders are carefully selected from the best available teachers and given a year of special training. They have power to hire and fire their staffs and use any curriculum they like as long as it produces significant gains in the achievement of their students, more than 80 percent of whom are from low-income families.

So far no KIPP school leader has changed the basic approach established by founders Dave Levin and Mike Feinberg when they were in their mid-20s. KIPP schools have nine-hour days, daily homework that cannot be avoided, Saturday morning school every other week, required summer school, and lots of physical activity and fun, including music, sports and field trips as far away as the other side of the country, or beyond. (Some KIPP students this year visited Puerto Rico and Ghana).

This led me to consider the implications of the third and most important thing I noticed in the enthusiastic crowd of young educators -- the built-in tension between the national organization's cohesion and the individual schools' creative independence. Those two contrary elements are the greatest hope for, and the greatest threat to, KIPP's becoming more than just another of the many educational fads that have faded into obscurity.

The teachers, decked out in every imaginable color and variety of KIPP T-shirts and polo shirts, radiated pride in the network's 57 schools in 17 states and the District. Many of them knew that KIPP has the best achievement results for low-income children ever seen in this large a group of schools. But they also believe in and were drawn to KIPP because of their creative independence in their classrooms. Each KIPP school staff works as a team, agreeing among themselves which methods of teaching and discipline to use.

At the summit's beginning, all 1,200 participants gathered in a huge hotel ballroom and tried to outdo each other as the names of their schools, many with inspirational titles like KIPP Ascend, KIPP Star, KIPP Pride, KIPP Aspire, were called. Some school staffs did rap songs. Others did cheers or coordinated dances or shouted dialogues or, to be different, silent but intricately choreographed hand and arm movements. I wondered if the states responding to the roll call at national political conventions might find these techniques useful in improving their TV ratings.

None of the summit teachers or speakers cited the key numbers, that the 1,400 students at 28 schools in 22 cities who have completed three years at KIPP so far have gone from the 34th percentile at the beginning of fifth grade to the 58th percentile at the end of seventh grade in reading and from the 44th percentile to the 83rd percentile in math. I caution that those figures are based on KIPP-administered tests, but state test results confirm similar progress. What struck me was that the KIPP people at the summit didn't appear to think they were doing all that good a job.

All the speeches, all the panels, all the training sessions were about getting better. The most overcrowded rooms had KIPP teachers running the sessions. It was standing room only at a day-long presentation by the World Class Writing Project, funded by the San-Francisco-based KIPP Foundation and led by English language arts specialists Caleb Dolan of the KIPP middle school in Gaston, N.C., Elliott Witney of the original KIPP middle school in Houston and Beth Napleton of a new KIPP middle school in Gary, Ind. Their task was to find a way to raise inner-city children's writing skill not only to grade level, which most KIPP schools seem to be doing, but to the level that will make them successful students in the challenging high schools, often private schools, that KIPP places them in, and in college.

The three instructors gave a sample from a seventh-grade KIPP student's essay on the Elie Wiesel book "Night": "In the novel, his father protects Elie by not telling him what's going on so he won't be scared. And when his father is saying he's being hit, Elie moves in with him to try and protect us. (sic) This proves he is protecting." They compared this to a sample of a private school 9th-grader's essay on the Robert Frost poem "Design": "The speaker's focus on the role of outside forces in shaping the natural world leads the reader to consider the alternative possibility that humans themselves impose meaning and form on nature, an interpretation that is underscored by Frost's very deliberate imposition of meaning and form on this poem."

They asked the assembled KIPP teachers if the KIPP student was really just two years away from reaching the level of the private school student. "If I am going to teach him, yes!" said one teacher, full of KIPP can-do spirit. But most of the audience agreed that if that was going to happen, they had to do a much better job teaching critical thinking, sophisticated syntax and vocabulary and all the other tools their student would need.

Unafraid of stomping on KIPP icons, Witney gave a short sample lesson that was almost a parody of KIPP's fondness for movement and excitement in learning. In teaching the different ways punctuation can connect thoughts, he had the roomful of teachers raise their hands for capitalized words, kick their feet out for each period and do a combined punch and karate chop for each semi-colon. Then Dolan taught the same lesson in a less physical, more nuanced way, and many in the room indicated he was showing them the way they all had to go.

Can KIPP continue to grow and improve with a culture that is willing to question what some consider its strongest points, and give each school a chance to teach in the way those teachers think best? There are about 15,000 KIPP students now, and 11 more schools planned for next year. It is the sort of growth that has led similarly ambitious organizations to spin out of control, but nobody at the summit was talking like that.

The food was good, the sessions very practical and the morale higher than at any school conference I have ever attended. Their kids will be back in their classes soon, and many more KIPP teachers will be attempting to reinvent what Feinberg and Levin started. They seemed excited to have that chance, and determined to make it work for their students. 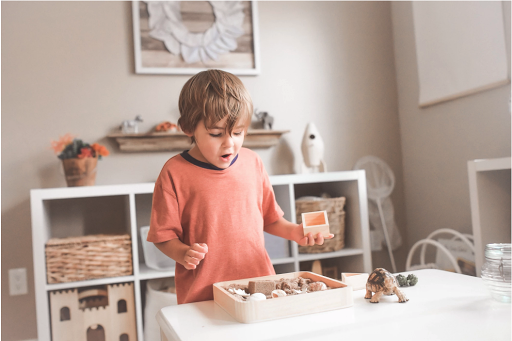